You are here: Home / Made with contexto.io / Campus Madrid community

During this year we’ve been monitoring all the conversations on Twitter about and around Campus Madrid. This is the network of 4838 people who participated in the conversation. We found 24357 connections where they replied or mentioned each other talking about Campus.

Click on the full screen button. There’s a search box too. Go and find where you are!

Campus is probably the best thing that ever happened to the Spanish startup ecosystem. In just one year it has become the hub that we needed, the place to be, the place to connect with the VCs, developers, lawyers, designers and ideas you look for when founding a startup.

In the graph you can easily identify each one of these communities in Campus. People who interact more together end up forming a cluster, a community. For example TechHub, in green, is surrounded by the people belonging to their co-worker space in Campus.

The VCs and public personalities are mainly in orange. Sofía Benjumea, Campus’ director, connects them all, along with Seedrocket or Techstars.

In the north of the graph you can find the developers. Events like ProductHunt, the Google Developer Group, H4ckademy or IronHack bring these people to Campus. Here Rufo de la Rosa, Campus Program Manager, is their hub to the rest of Campus.

And it’s been a fantastic year for Graphext too. We had the opportunity to bring our office here thanks to Seedrocket, after winning their Summer Camp. 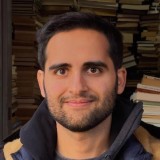